Friends of the Earth Africa through its Forest & Biodiversity Program organises the First session of the African Peoples Tribunal from 25-27th November 2020 in Lagos Nigeria. Affected communities and civil society will bring testimonies on cases of human rights violations and environmental degradation connected with monoculture tree plantation expansion from ten countries across Africa.

The tribunal’s legitimacy is based on the principle of recognising human rights under natural, national, and international law, and reclaiming and restoring the rights of impacted peoples whose rights have been violated with impunity.

Rita Uwaka, coordinator of the African Friends of the Earth Forest and Biodiversity program says “Aggressive land-grabbing and deforestation for expansion of industrial tree plantations are causing a new wave of oppression and colonization in Africa, with devastating impacts on people, including differentiated and aggravated consequences for women.” Kwami Kpondzo, Human Rights Defenders focal point for Friends of the Earth Africa continues to explain that “In the face of ongoing social, environmental and gender injustice in Africa, defending people’s rights is crucial to dismantling corporate power and challenging the capitalist neoliberal model of industrial plantation expansion.” 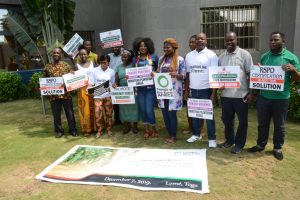 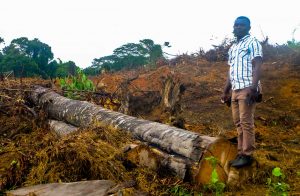 In all of the ten cases, international financiers, including development banks, private banks, investment funds and pension funds from all corners of the world, are found to be controlling and financing the controversial rubber, palm oil and timber plantation companies. Amongst the accused companies are Socfin, Green Resources AS, Golden Veroleum Liberia (controlled by Golden Agri-Resources), SIAT SA, OLAM and PZ Wilmar.

Five eminent jurors will be interrogating the case presenters and provide a verdict on day three of the Tribunal.  They include Nnimmo Bassey, director of Health of Mother Earth Foundation (HOMEF) from Nigeria, Ikal Angelei from Kenya who won the 2012 Goldman Environmental Prize for Africa and is involved in campaigns against dams, and Prof. Alfred Apau Oteng-Yeboah – a Professor of Botany at the University of Ghana.  The other two are Professor Hamudi Ismail Majamba, an Associate Professor of Law specialising in Natural Resources and Environmental Law and advocate of the High Court of Tanzania, and Ms. Makoma Lekalakala, a South African activist and Executive Director of Earthlife Africa who has long been active in social movements tackling issues from gender and women’s rights, social, economic, and environmental justice issues.

According to the network, the rights of indigenous peoples and local communities including access to and control of their own commons and livelihoods must be respected and protected.

Friends of the Earth Africa will continue to fight alongside indigenous peoples and local communities affected by transnational corporation operations to stop any attempts to expand industrial tree plantations and dismantle corporate power across African region.